If you were to envision The Marías solely from their sound, you would end up in a 70s lounge with velvet booths, dim lighting and smoke in the air, somewhere in the streets of Los Angeles. Composed of couple María and Josh Conway, the two make music fit for trying to remember those hazy, slow dreams that seem to have already slipped away – and it’s thanks to, in part, their fated meeting at the Kibitz Room.

“We met after I finished performing a solo show,” María, singer and Atlanta native, told me in a booth at Baby’s All Right, shortly before they played to a packed crowd. “He was doing sound engineering for me at the request of a friend. After the set, he came up to me and suggested we work on music together, so we started writing after that point. We got into a relationship and started creating more. Once we had a few songs under our belt, we decided to dive into it.”

Reminiscent of star-crossed LA lovers Little Joy, the duo’s relationship is what lends The Marías their air of romance and intimacy, something that feels as organic as it’s beginnings. They gathered friends who agreed to jump into something new (guitarist Jesse Perlman, keyboardist Edward James, and bassist Carter Lee) and, shortly after, Superclean Vol. I was bon.

Even though the EP’s aesthetic hones in on 70s glamour, velvet sheets and nostalgia for old loves, it’s something that came to life as naturally as the band itself. “Before the “I Don’t Know You” music video, we went to this estate where this guy was selling some pieces of clothing that had belonged to his wife and wanted to give them to someone who would appreciate them,” María says. His wife turned out to be actress Zina Bethune, who starred in Martin Scorsese’s first film, and had amassed a beautiful collection of vintage fur, silks and velvet that became the focus of “I Don’t Know You.”

The track is one of six that float in and out of themselves on the EP, with two of them sung in Spanish. “Dejate Llevar”, a sweet number that closes out Superclean Vol. I, is sung in the romance language. As a native Spanish-speaker, I was intrigued if they were inclined to write more in the language. “We definitely want to. It’s my first language – I was born in Puerto Rico, my dad’s from Spain, and I grew up listening to a lot of Latin music. As you know, if you grow up speaking both languages you sometimes think in both,” Maria told me. “For me, it definitely has more of a romantic sensual side than English – you can definitely capture it in English, but it just goes deeper. When your roots are from that side, it can even reach back to past lives.”

The Marías offer love letters to anyone who subscribes on their website, as well as personalized Spotify playlists (one of which, dubbed “Only in My Dreams“, has remained on rotation in my bedroom) and holiday cards. That connection to their audience is why they stand out from most of the Los Angeles scene, according to María. “I think, in Atlanta, the community is very much there with the artist. I feel like that was something that’s missing in LA. I feel like it’s a two-way street – if people are going to be listening to you, you connect with them. People email us some pretty personal stories and we send them advice, so we really want it to go both ways. You can’t have one without the other.” 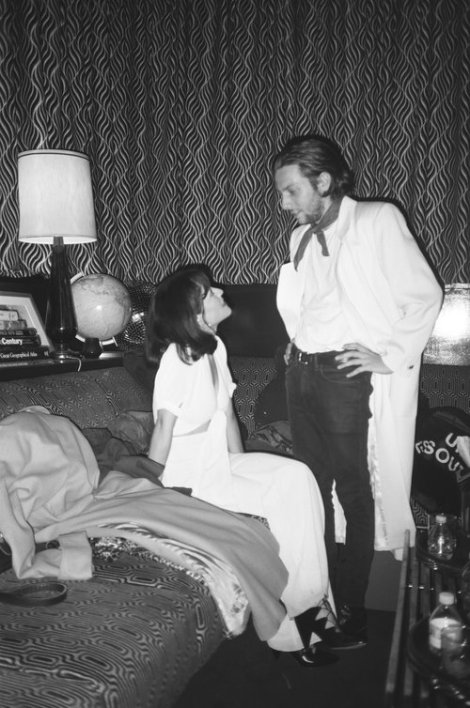 Courtesy of The Marias

Superclean Vol. I is only the first of many installments. As to when we can expect a Superclean Vol. II? “Definitely in the Spring. We’re shooting for late April,” María says. “It will be another six songs. We’ve really liked the process of doing an EP versus full length – it’s almost like dating someone.”

Later that night, in the light of the disco ball that never stops spinning at Baby’s, it became clear why The Marías struck a chord with New York City. For their first show outside of LA, the crowd finished María’s words before she got the chance to, something she quickly took notice of with a never-ending smile.

Words and interview by Vanessa.

Listen to Superclean Vol. I below: