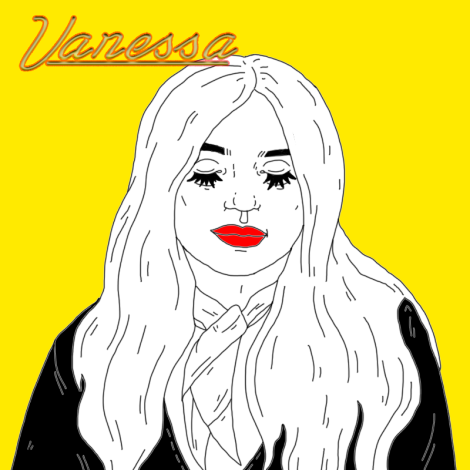 Chipotle order: i’ve only been to Chipotle once and i was not into it

What should every woman try at least once in her life?  anything once

What is on your bookshelf? tropic of cancer by henry miller, ways of seeing by john berger, the first collection of criticism by a living female rock critic by jessica hopper, and a collection of rimbaud poems

What is your biggest guilty pleasure? i listen to the spice girls pretty regularly

What album has had the biggest impact on your life? i’d say the velvet underground & nico has always seemed to have a significant place in my life, no matter where or when – it opened a lot of doors for me on every spectrum (also stoked to be able to say i’ve heard it performed live by mr. john cale himself)

Who is your favorite living artist? me

What is one thing people would be surprised to know about you? i’m actually pretty into astronomy/physics and find that the more we learn about the cosmos the more in tune we become with ourselves

What does Modern Girls mean to you? personally, being a first-generation latinx woman has always left me desiring for more – it has become a great deal to me to help create a space where diverse girls have a place to be themselves as well as see their culture and identity in mainstream media. i hope for Modern Girls to become a safe space for any woman who seeks one, all while letting your voice be heard.

Check out Vanessa’s personal playlist on our Spotify!