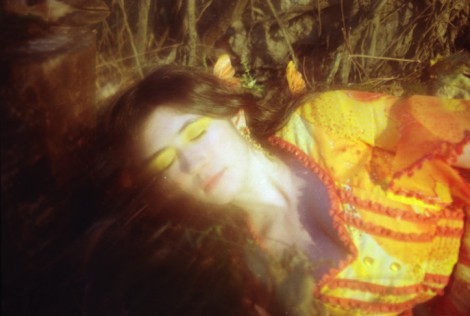 “You may not have seen it in my eyes, because my love was in disguise.” With these words we are introduced to the world of Sedona, a Los Angeles-bred, Brooklyn-based singer-songwriter who’s been turning heads with the release of her self-directed music video for “Call Me Up.” It’s a playful 60s-infused fantasy that features a core group of friends who aim to make you feel as much a part of it as they are. Sedona describes it as “a femme anthem music lovers from today, tomorrow, and yesterday can enjoy.”

As it goes for any woman in pop, there’s expectations to be met and barriers to break. After writing this love song, Sedona wasn’t sure who it was for, which gradually became a revelation in itself. “It slowly just became something that I wrote for myself, which felt really good to admit,” she told Office Magazine. “It’s easy to say that something is for someone else, or to do things for someone else. I’ve spent a lot of time trying to give as much as I can to other people, but I’m starting to make an active effort to do the same for myself.”

Sedona’s EP, Home Before Dawn, is set to be released in the summer of 2018.

Watch the video for “Call Me Up” below:

For more of Sedona, find her on Spotify and Apple Music.