It’s September 23rd, the first day of fall, and it’s currently 87° in New York City (with a predicted high of 91° for tomorrow). For those of you who live and die by the warmer months and swear by a good pair of cutoffs, this continued late summer must feel like a dream. But as someone spends all summer waiting for the return of black turtleneck weather, this situation is less than ideal. Don’t get me wrong, summer is great, but I’m an October baby who grew up in New England—there’s no way fall wasn’t going to be my favorite season. A childhood made of Halloween themed birthday parties, annual apple picking trips, and piles of leaves perfectly arranged for jumping into totally made sure of that. While the AC might be currently blasting in my bedroom, my mind is on much cooler, cozier days—even if Mother Nature isn’t quite ready for fall, I am and these films definitely are too. From the romantic, to the dramatic, to the macabre, and the frankly sad this collection of films (hopefully) has something for everyone to get them autumn dreaming. So if you’re a fellow fall enthusiast, or just simply craving a good movie, turn down the lights, light some autumn-scented candles, grab a blanket, and press play.

IF YOU’RE LOOKING FOR A CLASSIC…. 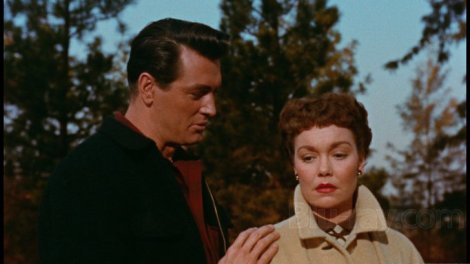 ALL THAT HEAVEN ALLOWS, Douglas Sirk, 1955

The film used to teach melodrama at universities across the world, Douglas Sirk’s All That Heaven Allows defines the genre. An upper class widow falls in love with her young, handsome landscaper in suburban New England to the horror of her family, friends, and all the rest of her rich white neighbors. Facing rejection and solitude if she follows her heart, our heroine has to decide whether she wants to choose happiness or approval. Shot in sumptuous Technicolor, All That Heaven Allows is Douglas Sirk’s exploration of class and conformity in small town America—condemning the ways in which society limits and controls the ways we are able to express ourselves. Despite being understood as classics today, Sirk’s melodramas were underappreciated and overlooked in their time because of their reputation as “women’s films” and their concentration on the interior lives and desires of women (because who would care about that right?). If you fall in love with this film like I did, be sure check out Todd Haynes’s 2002 adaptation of this story, Far from Heaven starring Julianne Moore, Dennis Quaid, and Dennis Haysbert.

IF YOU’RE ALSO LOOKING FOR A CLASSIC, BUT PREFER THE STRANGE TO THE MELODRAMATIC…. 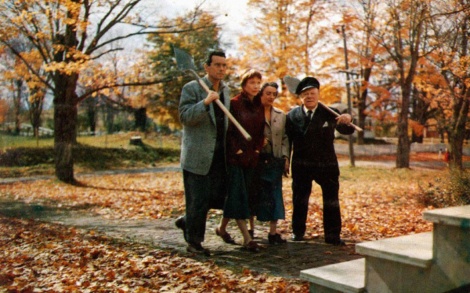 THE TROUBLE WITH HARRY, Alfred Hitchcock, 1955

It’s a brilliant, sunlit autumn in the small town of Highwater, Vermont and the body of friend and neighbor Harry Worp is discovered on the hillside. Several residents of Highwater are convinced that they are the one responsible for his death, none of them want the authorities to find out, and nobody can agree what to do with the body. Four community members come together to solve the “trouble” with Harry, burying and digging up his body throughout the day, and end up getting a lot more than the bargained for in the process.  Whimsical and playfully bizarre, The Trouble with Harry was one of the film giant’s few box office failures and is often excluded from the discourse around Hitchcock as an auteur. But the darkly funny mood combined with gorgeous shots of fall foliage surrounding the town add up to an incredibly charming film that’s well, to die for.

IF YOU’RE LOOKING FOR A BLACK COMEDY…. 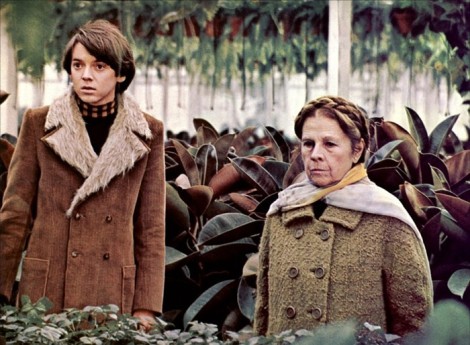 Harold is a 19-year-old boy obsessed with death—his own and those of others. Maude is a 79-year-old woman in love with life with eccentrically absurd views on how to live it. The two meet as they’re both crashing a stranger’s funeral and the utterly unique and bewitchingly intimate bond between the two forms the basis of the rest of the film. Harold and Maude is a movie about coming of age and coming to terms, death and dying, life and living, and what exactly it means to be in love. In spite of commercial and critical failure at the moment of its release, Harold and Maude has become a widely beloved classic, having been chosen for preservation by the Library of Congress in 1997 for being “culturally, historically, and aesthetically significant.” It’s a movie that has influenced generations of filmmakers—almost birthing the mopey teen boy meeting a woman who changes everything genre. Don’t mistake Maude for a manic pixie dream girl though, she is fully formed woman and character whose performance grounds the entire film. Plus, with the fabulous collection of outerwear worn by each of the characters, how can you not dream of crisper days?

IF YOU’RE LOOKING FOR A DRAMA…. 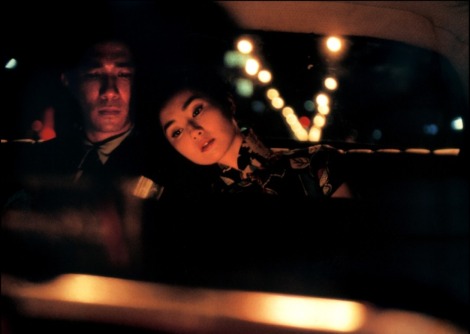 It’s 1962 in Hong Kong and Chow Mo-wan, a journalist, and Su Li-zhen, a secretary, move into neighboring apartments on the same day. As both Chow and Su have spouses that work long hours, the pair often find themselves alone in their homes. Harboring secret fears about infidelity, In the Mood for Love follows the story of Chow and Su as they meet in chance encounters wandering through their lives as they live separately, together. A critical darling with a hefty list of awards won, the film is a landmark in both the career of Wong Kar-wai and film history, understood as one of the most important films of the new millennium. While not necessarily set in fall, the movies refined elegance, vivid colors, and experimental cinematography conjure an emotionally distinct mood I can only associate with the season.

IF YOU’RE LOOKING FOR A ROMANTIC COMEDY…

Amélie or Le fabuleux destin de Amélie Poulain is the mischievously fantastic story of Amélie, a shy Parisian waitress who, after making an unexpected discovery in her bathroom, sets off on an unexpected odyssey towards truth, life, and love. Raised and homeschooled by unconventional parents, Amélie was an unusual child who grew up to be an unusual woman, delighting in the smallest of life’s pleasures and living life in a bubble not far outside of her own imagination—until she meets the one person who can disrupt that. Amélie is a warm, peculiar, and sweet film that is at once stylized and atmospheric. Jeunet shot on location in Montmarte but cleared the streets, cleaned the walls, and replaced posters and signs to make the reality of Paris feel a little less…real. The dreamlike storytelling put in conversation with the fake-real Paris build to a fondly intimate portrait of both a girl and a city that’s about as feel good as it gets. Another less literal take on the idea of a fall film, Amélie encapsulates the feelings of innocent possibility and ethereal optimism that permeates the air as soon as the leaves begin to change.

Can anyone else feel the fall chill in the air?

Words by Chaia, who basically watches films for a living and is always ready and willing to talk about them, and make sure look out for another (not late) Film Friday post next week

If you noticed the suspicious and sad lack of Halloween content on this post, don’t be alarmed, instead stay tuned for entire series on Halloween themed films beginning in October