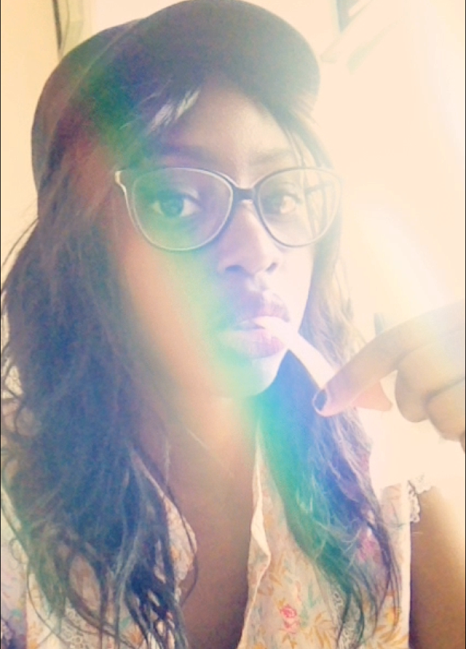 In reference to your latest piece on Rookie Mag, where do you see the future of the relationship between black people and film if not in representation?

In the U.S. we are seeing great things happening in television and film, for instance with Donald Glover’s Atlanta or Ava DuVerney’s Queen Sugar where it’s not about reproducing a form that we have already encountered. There were a lot of sitcoms in the 90’s but we could say that in tone and even thematically they were similar. With these two new shows I mentioned there is a desire for both these authors to be very personal, to talk about their own experience and to experiment with the form inside of television conventions. So I guess I’m optimistic. There are a lot of great webseries, U.K. side Cecile Emeke created the funny Ackee & Saltfish, and she just released a new short called FIRST ACT that is like nothing I’ve seen before. Then there are music videos something Black people have always been masterful at, and within which they were able to go beyond representation and respectability politics. There are Vines that are to me such a reflection of young Black people inventivity and creativity. So yes, I’m optimistic because we are already seeing wonderful, funny, weird things.

This is true – Chaia (MG Editor) published a piece about the Netflix series The Get Down which seems to be inspiring a whole new wave of art for the Black community. On that note, what are some films (if any) that you feel represent Blackness and tell Black stories in a real and important way?

I haven’t seen The Get Down yet but one reason I was super excited about it is because I know Baz Lurhmann is a bit excessive and his films are highly stylized so it would be refreshing to see Black people, especially in that era and that music movement being portrayed that way.  I knew we wouldn’t be in that hand held camera, documentary style type of TV shows. Like no one would be able to compare it to The Wire, which seems to be the only reference for some critics… He also loves actors so I’m curious about the performances of these young, mostly unknown actors.

Yes, exactly! It was so nice to get to see Black/Latinx stories being told through the eyes of a director like Baz Lurhmann.