When I was in the first grade, I was the only kid in my class made up entirely of shades of brown and black that colored in skin using the brown crayon. I only ever noticed this because my teacher pulled me aside once to tell me she was proud of me and I remember it now only because I was dumbfounded at the realization. Growing up in a black-Barbie-only, paintings-of-black-Jesus-with-dreads household, my wielding of the brown crayon wasn’t something I had ever really thought about—it just made sense. My skin was brown and so I would create the world in my image, indiscriminately.

I tell this story not to make myself some martyr for the cause of black self-love, an enlightened child in a world of non believers, but to remark upon this moment as a sad symptom of being underrepresented. Without any intention and before we can truly know what we’re doing, every black child who picks up the peach crayon and takes it to the page to render skin is displaying that even then we do not and cannot see ourselves in art.

The representation (or rather, lack thereof) of people of color in the media and art worlds is an unrelenting conversation. Where to find it, where it should be, how to not to do it, how to do it, and how to do it right are questions the industry is simultaneously asking itself and trying to avoid answering. As a black girl studying film with stars in her eyes, I am swept up in the wave and caught in between—how can I stand to love something that uniformly and systematically excludes me and the people who look like I do.

It took Baz Luhrmann’s Netflix original The Get Down, a melodrama/musical/love story about black and latinx kids discovering hip hop, disco, and themselves in the South Bronx of 1977 to remind me exactly why I want to do what I want do—this is the kind of story I want to tell. 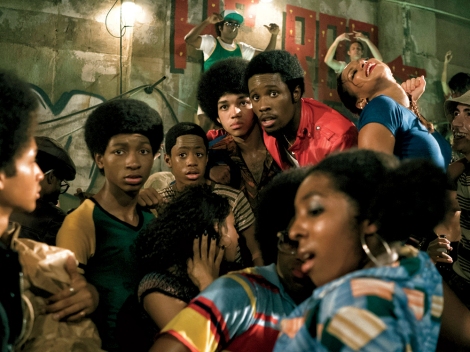 Watching The Get Down feels like retribution; it’s my brown crayon drawings come to life and a world created in my image. It’s my first grade classroom, seeing themselves, finally, in art. Where another show might have given us a monolithic cast of hollow stereotypes, The Get Down presents us with a motley crew of 8 kids: Zeke aka “Books,” Shaolin Fantastic, Dizzee, Ra-Ra-, Boo-Boo, Mylene, Yolanda, and Regina; each and every one of them given the agency to be fully themselves, multidimensional and fully formed, and most importantly all different from each other—and it feels revolutionary.

Sure, The Get Down is technically about hip hop legend but at its core it is dedicated to telling a story about happy black kids being happy black kids—it has brought #blackboyjoy and #carefreeblackgirls to the big (okay, laptop) screen. The Get Down paints their story in shades of extravagance and opulence rebuilding the crumbling Bronx into a dreamscape burning with color and sizzling with energy—as bright and angry and political and explosive as it would’ve felt to live in it. 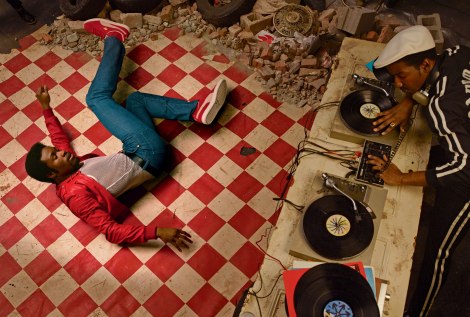 Under Luhrmann’s signature psychedelic instruction, this combination of history and fantasy gives the Bronx, the movement, and the kids the superhero treatment. This is their origin story and in it they are invincible. Zeke discovers his talent for rap almost instantaneously, Mylene shatters the heavens every time she sings, Boo-Boo is inexplicably and randomly gifted with Jackson 5 vocals, Dizzee manages to outrun the cops every time he is caught spray painting the sides of subway cars, and Shaolin’s red Puma’s stay pristine no matter what. Every catch 22, every struggle, and every problem these kids face is turned into a moment of growth, opportunity and change. Nothing bad ever sticks and every episode has a happy ending. It’s like magic.

In any other show this kind unrelenting positivity could become annoying but in a show about people of color it is insurgent. In a TV culture where black and latinx people are slaves or criminals, civil rights leaders or token jokes, separated from our communities and transplanted into white worlds even when we get leading roles a show that just lets people of color be happy is unparalleled. The Get Down‘s characters are part of their environment but not defined by it—these are kids forged of fire and made stronger from it. They are unapologetic in their identities but exist beyond them. 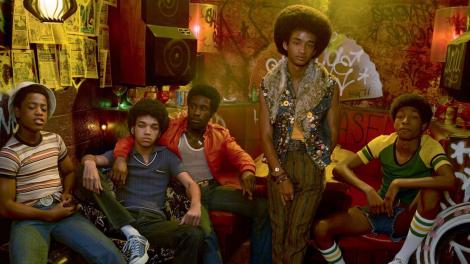 On no other show could a black boy in the 70s get to discover his sexuality and kiss another boy without consequence. On no other show could half-black half-Puerto-Rican boy cry openly while confessing his love for a girl and then allow him to get rejected because his object of interest has big “plans” that don’t include a man by her side. On no other show are friendships between black boys depicted as openly and physically affectionate, without comment or shame. On no other show are a group of black kids getting exactly what they want. The Get Down takes expectations and conventions about a time period and a people and spits them out reworked and remade. It’s mythic, euphoric, and thunderously happy. The Get Down is nostalgic—not for who we were but for who we could’ve been and what we wanted to be. It puts power back in the obstinate optimism of youth; it is a world where dreams can and do actually come true. 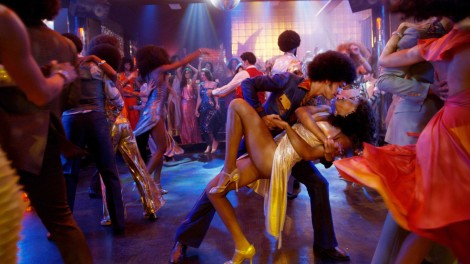 Just like The Fantastic Four Plus One learn to get to the “get down” by stripping away everything from a record but the beat, The Get Down strips away every worry and doubt and fear and replaces it with pure and unadulterated fun.

None of that wack shit.