Meet AIVA, an empress of the electro-ethereal based in DC. From singer to visual artist to spiritual healer, her talents are as multi-layered as the mystical new age project she has fashioned. After being discovered on MySpace and signed to a label in London, AIVA has now taken control of her visionary projects by producing AIVA AFTER, a multimedia experience that is an ode to her unique and creative expressions fully connecting you to your bliss body. As our #moderngirlcrush of the week, we asked to peek inside her creative process, her experiences working with a label based in London and what it means to be an independent artist of the new age.

When did your relationship with art and music begin?

Being a spiritual person, I feel I came to identify with art and music at an early age. When I was young I loved to sing, act, make collage art, play violin etc. Overall, I just tried so many things in terms of artistic interests. I never really had a focus and I didn’t really know that I was being called to do this work until I was about 21. I had made some music back in 2009, ended up putting it on MySpace and was discovered by London professionals. I guess you can say it was London calling and I answered. That’s where it all kind of took off. 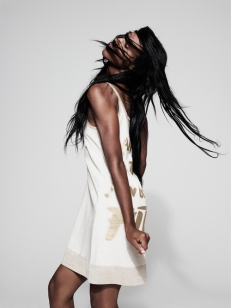 What was your experience being a signed to a label in London and how did being a young woman of color impact your journey in the music + art industries?

Being on a label for a short term of about a year, was definitely an experience. I think that when I originally got signed, I viewed myself as an artist with an energy that could connect with so many different people that I didn’t think about my race, culture or ethnicity in any aspect. I also didn’t believe my personal identity could really be put in a box and my music alone, is very hard to categorize. I think the label had a big problem with that because they didn’t really know what to do with me. I had frustrations with communicating at the label and the way my management company didn’t seem to always have my best interest at play. As a woman, I felt like I was pregnant and waiting to push a baby out, but I wasn’t being supported by people who were supposed to help me or the baby in the process. And these were primarily white men, who can’t really identify with me on most levels so I constantly felt I wasn’t being understood or no one who was really trying to find a solution to problems, so nothing was really moving forward. With no support or attention to needs for most of the time, it became a very frustrating and challenging time.

Since being separated from the label and management however, I’ve taken ownership of my projects. I have also come to more of an understanding of who I am in many different levels and have found more strength in who I am and in my voice as a woman of color. I also feel a responsibility to represent my culture because growing up I don’t remember having a role model that looked like me or I felt connected too for aspiration. On my journey, I found that that person could just be me all along, but if I could be a role model or inspire other girls to feel empowered with themselves and in their creative journeys through my work, that would be exactly what I would want to do. And I might have to make my own way. I just hope I can represent myself in the best and most clear way, while maintaining that responsibility to inspire black women, but also anyone who feels connected to my art. And I don’t really need a label to achieve that, I think I can achieve that on my own. 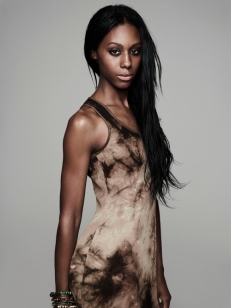 What inspired you to create a multi-layered project like AIVA AFTER?

When I create things, the purpose for why things come together really doesn’t reveal itself to me until after the fact. I try not to do things intentionally but instead create freely and then let the art speak back to me. I started working on a lot of songs, forming their concepts around my identity. I took a step back and realized there are lot of layers to them artistically, and then the project revealed itself. Again, having so many artistic interests meant there were many ways I could express myself. Conceptually every component is a chapter in a bigger book. Piece by piece, each project has a very unified theme or story line. In this project, I find music to be the soundtrack. Then I usually address poetry or strong visual themes, either by drawing different personifications in cartoon form or by creating collages or other visual/fine art expressions. Sometimes I write monologues or perform acting elements to amplify a storytelling aspect. However I find I need to express, they’re all just little pieces of the bigger masterpiece that is AIVA AFTER. And I’d definitely love to get fashion designing involved at some point in the future. 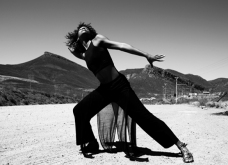 What has been your favorite song or piece that you have created so far?

I don’t like to have favorites. They’re all my children and you shouldn’t choose a favorite child, that’s wrong! However, I do have a very special connection to #SuckersForPyrite. I think its one of the best songs I’ve written. I wrote the guitar line when I was living in Chicago. A time when I was processing being ignored, not taken care of and no one really looking out for my best interest. Those experiences put me in a really bad place. I was in a foreign place, began chain smoking, was depressed and had friends but overall was really lonely. I felt I hit the bottom of a pit. In a flash of lightning, the words found me in a time where I didn’t really know what was going to happen. It can be really hard for me to write music because I’m so wordy and abstract, but this time I was able to simplify what I was feeling because I really had nothing else. I feel a deep connection with its simplicity. I then recorded it and shot a video for it with a friend that I met on Instagram.That song helped pull me out of that place and transformed into a sort of anthem for that whole experience.  The message is kind of cheesy, but also true. We can save ourselves if we can just really hold onto believing in ourselves even when no one else does. I am such a positive person, but it’s my way to admit to having been in dark places, and I think that’s a powerful message that so many people can identify with.


Where do you see AIVA AFTER going from here?

Immediate step is a new release of about 2-3 tracks that I have been working on and trying to get out by the end of the year and hopefully some more shows at bars and venues to continue flexing the performance muscles. What I would ultimately like to create are intimate shows and spaces where I can pull together different friends and artists to curate, ultimately collaborative community exhibitions. A place where artists can showcase visual work while its being curated by a music selection. I would like to start producing these kinds of events of continuous collaboration so as AIVA AFTER continues to grow, other artists continue to grow their visions too because it’s all about community effort and building together. I wouldn’t mind eventually being signed or represented for commercial placements, but I would definitely like to pull together a stronger team of people who share similar visions and will help see future projects come into fruition. Until then, plans are to just keep rocking out, creating and seeing where the journey goes. 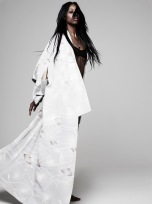 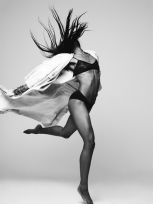 Lately, I’ve been listening to and love Mitski, AIR and Made in Heights, they’re my favorite. New Radiohead and the new Strokes EP, I’m not even going to lie, it’s the jam. And The 1975, I actually listen to them a lot because we used to have the same manager, so they’re always big in my book. 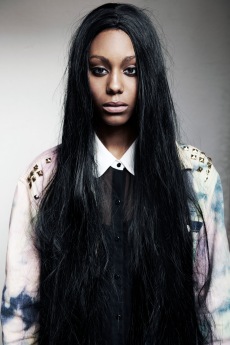 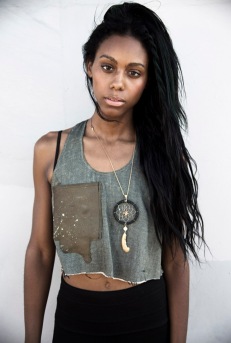 What does being a “modern girl” mean to you?

Being a modern girl to me definitely means being fearless and free to be exactly who you are, and being unapologetically so.

Check out AIVA AFTER here: www.AIVAAFTER.com

Listen to her music on SoundCloud or check out her videos on Vimeo!