A few weeks ago, FKA twigs revealed that her only headlining show of the year would be on July 20th in tiny, oft-ignored Baltimore. It was the type of dreamy coincidence that felt oddly like fate and coolly like fortune. In online postings, twigs promised that this show would be very special. Special, it was.

The day prior to her scheduled show, FKA twigs and her choreographers hosted a free dance workshop in the western part of Baltimore. Through that workshop, she became a part of the city, itself, feeding on and sharing with the energy and spirit of the Baltimore people. Although the city is truly a beacon of creativity and light, there is still hurt. Over the course of her stay, that oh-so-gruesome hurt was momentarily assuaged in the lives of the people she touched. All of the participating workshop dancers were invited to her waterfront show the following evening, free of charge.

The culminating show itself was an organic machine. FKA twigs and her dancers radiated power, love, and community through lyric, dance, and performance. The particular performance was a theatrical dance piece called “Radiant Me2”, soundtracked by both released and unreleased FKA twigs music. (Spoiler alert: the new music is as breathtaking and phenomenal as you would expect.) Although she had performed the piece at a few festivals already, her dancers said afterwards that they had never, ever seen her dance with as much intensity as she had danced that night. The city gave her strength, and she gave back.

At the end of the show, FKA twigs invited several (and by several, I mean “approximately 20”) of the workshop participants onstage to dance with her. This was not a solo show by a visiting popstar; this was a community art project. The sky itself trembled with the heaviness of the bodies beneath. In her final breaths, FKA twigs, a traditionally reserved, shy performer, broke down before the crowd, weeping quietly as she thanked the people of the city for their hospitality, talent, support, and love.

As a mere onlooker, I was anxious to memorialize the show with my $5 Amazon-bought point-and-shoot camera. Somewhere in this blur of excitement, I accidentally loaded the camera with expired, black-and-white film (because WE CAN’T HAVE NICE THINGS). Even though the pictures turned out questionably blurry, unfocused, and barely-salvageable (seriously – these resulting pictures have already undergone some major contrast surgery, and yet they still appear dully gray), they still managed to capture a few broken pieces of that night’s magic. And, with that note, I share them with you. 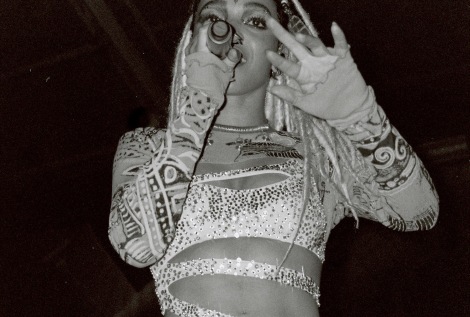 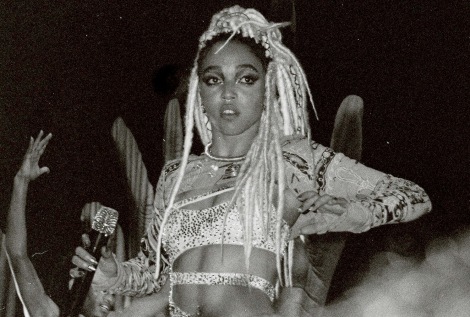 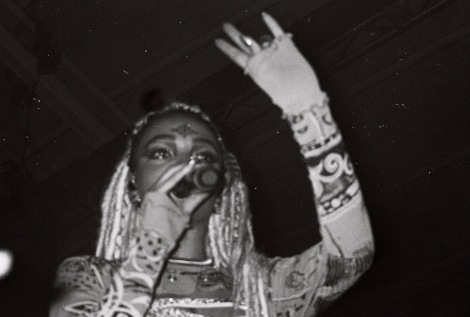